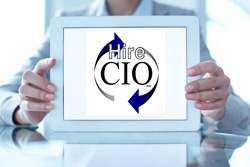 Innovation is no longer an option…It’s a strategy.
A differentiator. A necessity. The time has come to transform your organization technically and operationally.

The following additional press releases are now available. Connect with us to request a copy of a Press Release.

Thanks and sincere appreciation goes out to our GREAT people and our GREAT Clients for their continued support of our passion for excellence in service!